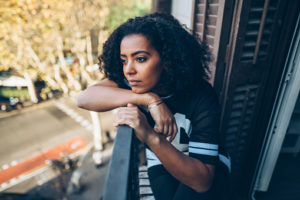 WHY WOMEN CHOOSE THE DIVORCE OPTION? Keep on reading:When Mary told him she didn’t believe in sex before marriage, he decided to go along even though he really didn’t think it was wrong. Everyone was doing it, even in church. Since she was a virgin however, he decided it wouldn’t be a bad thing to get married to a virgin, and a beautiful one at that.

He did all he could to become Mr. Universe but no matter how hard he tried, Mary just wasn’t satisfied. He enrolled in a Gymnasium and tried to be romantic but that was a disaster. Holding hands in public and kissing in public were alien to him. Unfortunately, he didn’t do too well in the bedroom either. Mary said he had erectile dysfunction, and he reached orgasm way too soon, leaving her hanging. He lowered his voice to tell me he suspected that she was having an affair. Poor fellow, I clenched my fists under the table and looked straight at him. I said nothing.

John explained to me during our discussion that he was persuaded long before he met Mary that God wanted to use him as an Evangelist. I was awed by some of the testimonies he shared concerning some crusades he had participated in. He was active in evangelism throughout his first two years at the university. Then, one day, he visited a friend and happened upon a pornographic video playing in his friend’s room. Curious, he decided to watch with his friends. A week later he went in search of pornographic magazines and movies. According to him, he was first remorseful after engaging in pornography and masturbation but with time, he began to believe that he was helpless and it was a habit he couldn’t give up.  Soon after, he noticed that his passion for evangelism and salvation of souls waned. His close relationship with the Holy Spirit evaporated. Today, he was an usher in church, wondering what happened to his dreams of turning millions of souls to Christ.

Not many things were working in his life. In recent times, he had even begun to wonder if Mary was not used by Satan to lead him away from God’s purpose for his life. Perhaps if he allowed her to get a divorce, things would turn around for the better.

“Why not agree to a divorce then?” I asked him.

The problem was that he believed God was against divorce. He couldn’t bear the thought of his children staying with and being brought up by single parents. He would do everything within his power to keep his children together.

“I wish I could turn back the hand of clock. I just don’t think this is the life I was born to live” John blurted out.

“What do you mean?” I asked

“I believe I could have achieved much more with my life. Sometimes I wake up with tears in my eyes wondering where I went wrong.”

“How far would you turn back the hands of the clock if you could?” I asked him

“His answer was predictable: “To the day I met Mary”

Let me ask you? Who is to blame for the failed marriage between Mary and John? Would you hold Mary responsible or would you hold John responsible? Let’s remember that John isn’t yet aware of Mary’s infidelity.